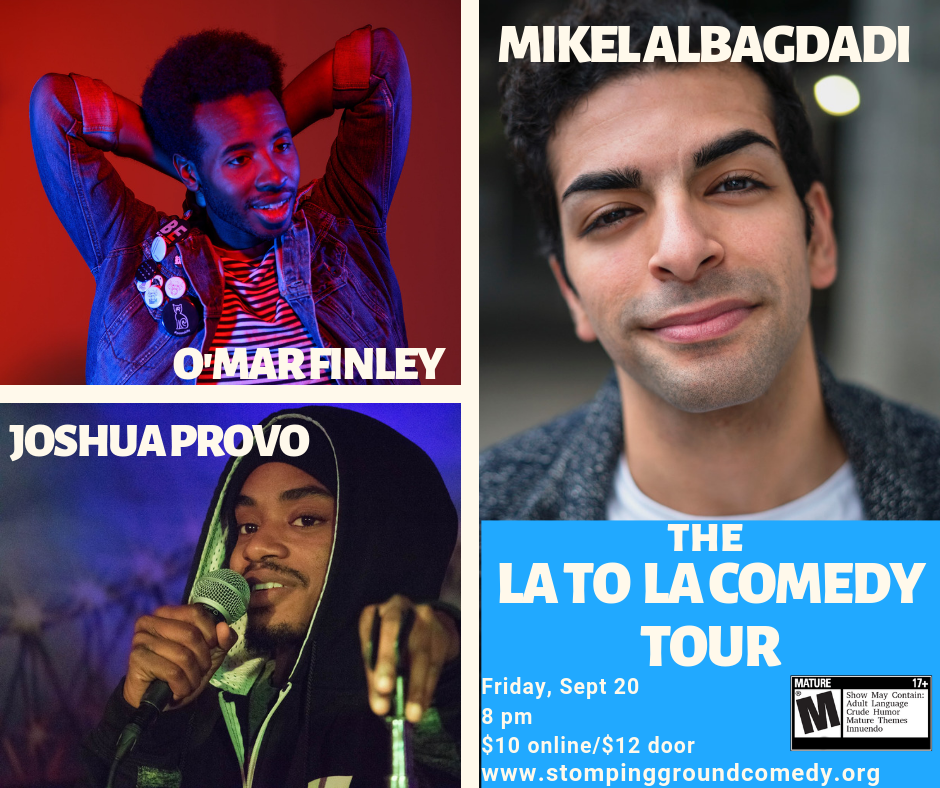 O'mar Finley is a standup comedian, host, and model from Louisiana that has been performing, hosting, and producing comedy for 4 years. After being thrown into standup at a open mic, he quickly fell in love with the art and has never stopped doing it since. With a sense of humor that has been described, “as much introspective as absurd,” he blurs the lines between culture, family, and race. He’s performed in comedy clubs, casinos, and bars all across the South and is the owner/producer of NO SHOW Comedy.

Mikel Albagdadi is a stand-up comedian, actor, and writer originally from Baton Rouge, Louisiana. Mikel’s act consists of many things including what it is like growing up in the South as an Arab American, his family’s ridiculousness, and everyday struggles of a millennial. When not touring all over the country, Mikel writes satire for a few publications and has garnered over 15000 shares across all social media platforms. He is apart of Louisiana’s premier Improv Group, LATCO. Mikel also has his own youtube channel called Mikel’s Munchies where he produces many types of food related content. He also has a part in the controversial movie produced by Blumhouse Productions (Get Out, The Purge) called The Hunt. 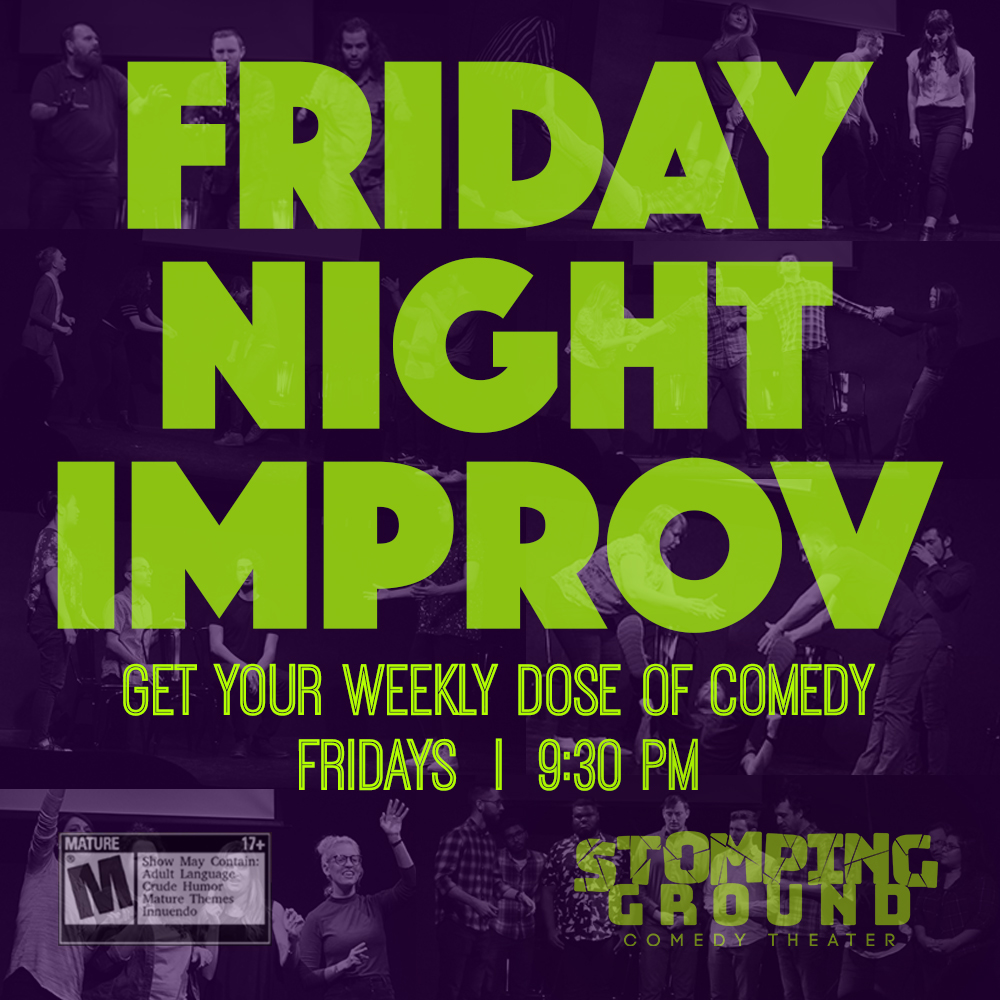 Every Friday night at 9:30 features the best of live long form improv comedy! The Third Friday of the month features Stomping Ground House teams and local hit The Commüne.

This show is recommended for ages 18+. Stomping Ground is BYOB. Seating begins 15 minutes prior to the start of the show.