A Sketch Comedy Revue About the Bechdel Test

What if a ball-busting mob boss was a woman instead of a man? Can a hair stylist style hair if she can’t ask you about your love life? And what if Manic Pixie Dreamgirl was real and in your living room?

The Bechdel test is a set of criteria created by American cartoonist Alison Bechdel that is used to evaluate works of fiction based on their representation of female characters. In this sketch comedy revue featuring music, mayhem, and some of your favorite movie characters, we’ll explore tired tropes and cliches to create an evening of comedy that definitely passes Bechdel’s test.

Stomping Ground Comedy follows current CDC recommendations regarding mask-wearing. Social distancing should be practiced and the theatre and common areas will be sanitized prior to each show. Alcoholic beverages are allowed for all attendees over 21 years old; patrons are asked to enjoy them responsibly. For the most current information on what to expect when heading to Stomping Ground visit our FAQ page. 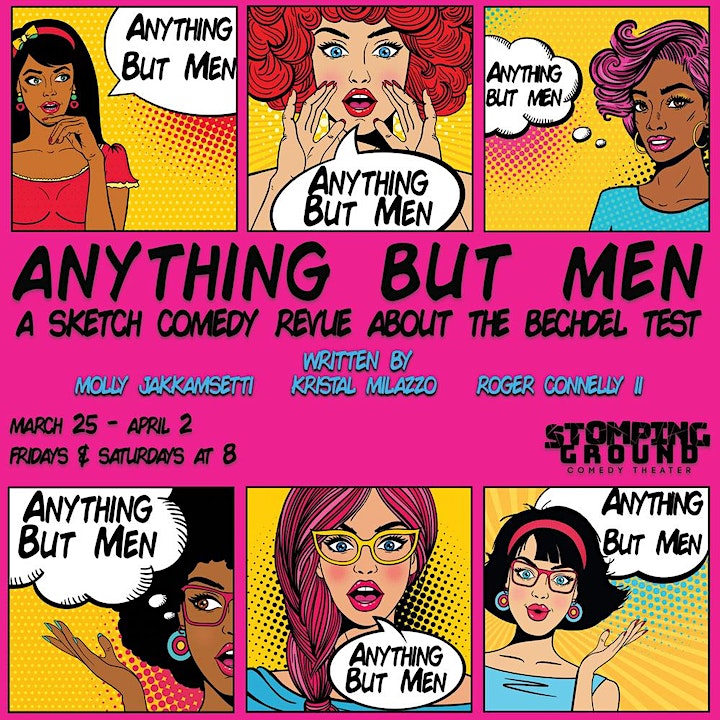