You should smile more! And we can help. Join us Fridays and Saturdays March 13-21 at Stomping Ground for an evening of sketch comedy written, directed by, and starring the womxn of DFW. Eat, Prey, Love: The All Womxn Sketch Comedy Revue explores sisterhood, marriage, business, and much more through scenes and original songs. You’ll see what lengths one woman will go to recruit friends into her MLM business; what “power moves” a woman can use to get noticed in the office; and the dangers of wearing a romper.

This show is rated M for Mature/18+. Stomping Ground is BYOB. Seating begins 15 minutes before the start of the show. Ticket prices increase when purchased at the door. 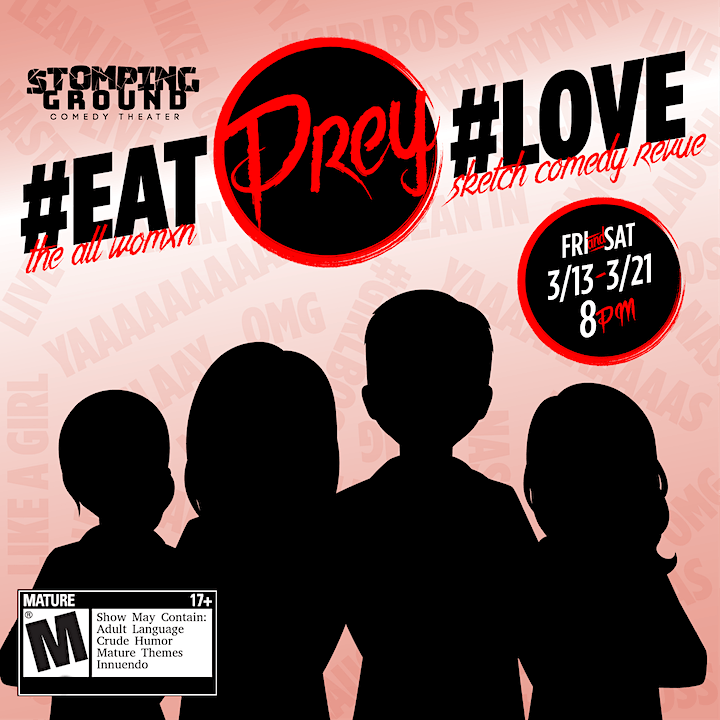