Immigrants…We Get the Job Done 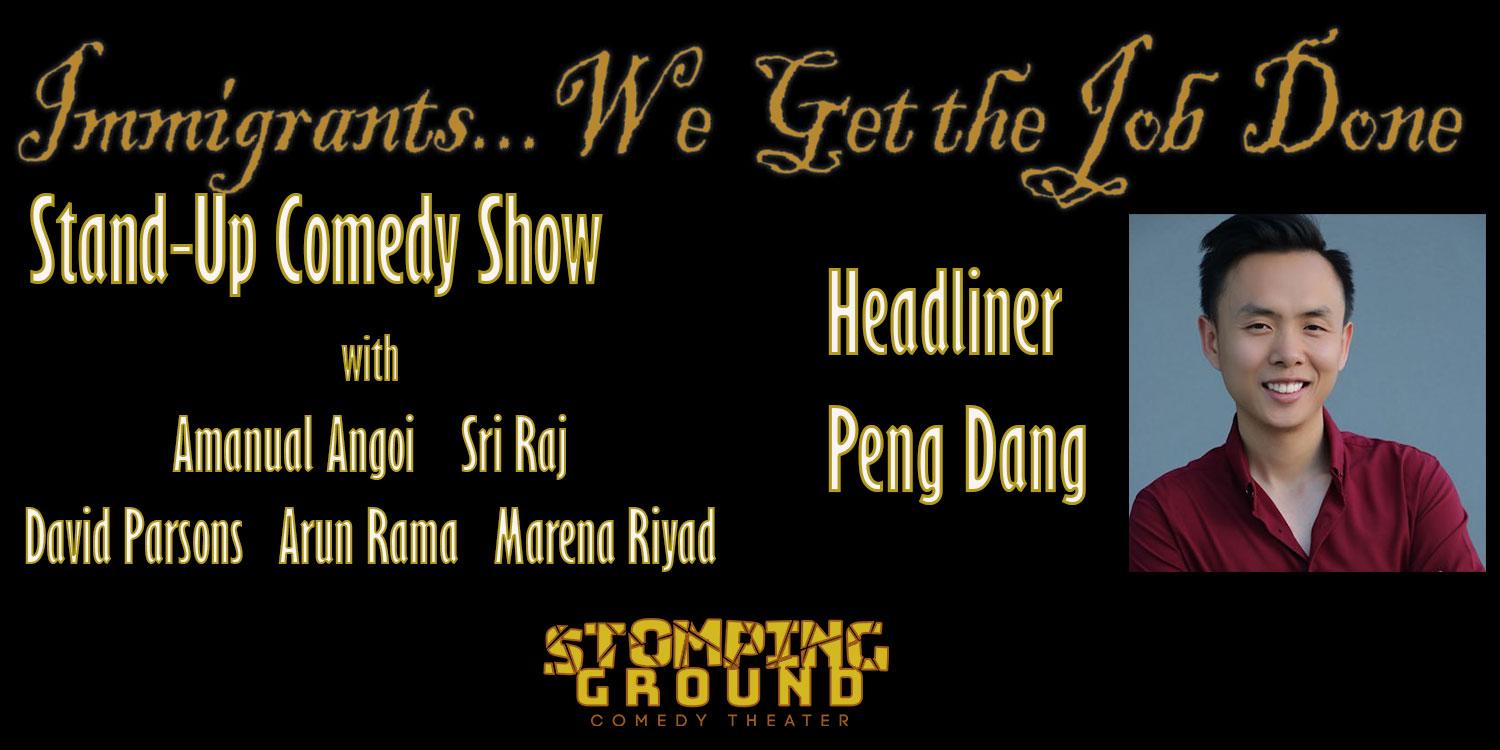 Sri Raj is a Dallas-based comedian that has performed all over Texas alongside headliners such as Raj Sharma, Paul Varghese, and Russell Peters. Never American enough for Americans or Indian enough for Indians, he hilariously ties together growing up in a South Asian household while also trying to live in the Great State of Texas.

Marena Riyad, the “Femme Fatale of the Middle East” offers a refreshingly unique perspective on observational comedy as a Palestinian-Texan Muslim Woman. A runner-up for the Funniest Comedian in the Heartland and Semi-Finalist for Funniest Comedian in Texas, Marena’s silver-tongued comedy serves up a platter of gender role deconstruction with a side of truth and controversy that’s bound to have you coming back for seconds.

The evening’s headliner Peng Dang is a Chinese national who performs stand-up comedy all over the U.S. Dang immigrated from China at the age of 25 and was inspired to become a comedian after seeing comics such as Jimmy O Yang, Qizhi, and Da Bing. He is a member of Stars of Tomorrow, and performers all over the country, including regular shows at The Improv and Hyenas . Dang has worked with the nation’s prominent headliners including Silicon Valley’s Jimmy O Yang and America’s Got Talent Finalist Vicki Barbolak. His sharp observation, lighthearted sarcasm, and unique delivery have led him to opportunities to perform for festivals including Tower City Comedy Festival, Denton Comedy Festival, and Dallas Comedy Festival.

Stomping Ground follows current CDC requirements regarding mask-wearing. Social distancing should be practiced and the theatre and common areas will be sanitized prior to each show. Alcoholic beverages are allowed for all attendees over 21 years old; patrons are asked to enjoy them responsibly. For the most current information on what to expect when heading to Stomping Ground visit our FAQ page. 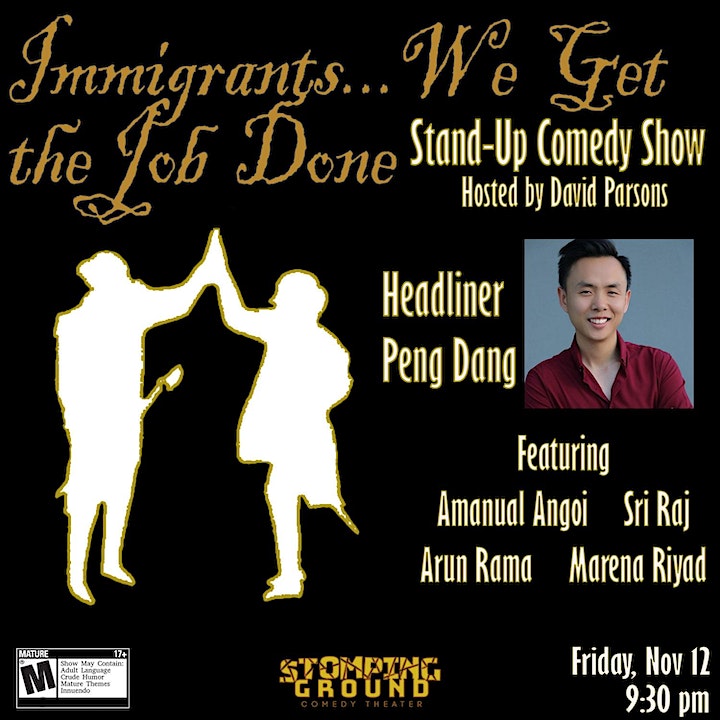