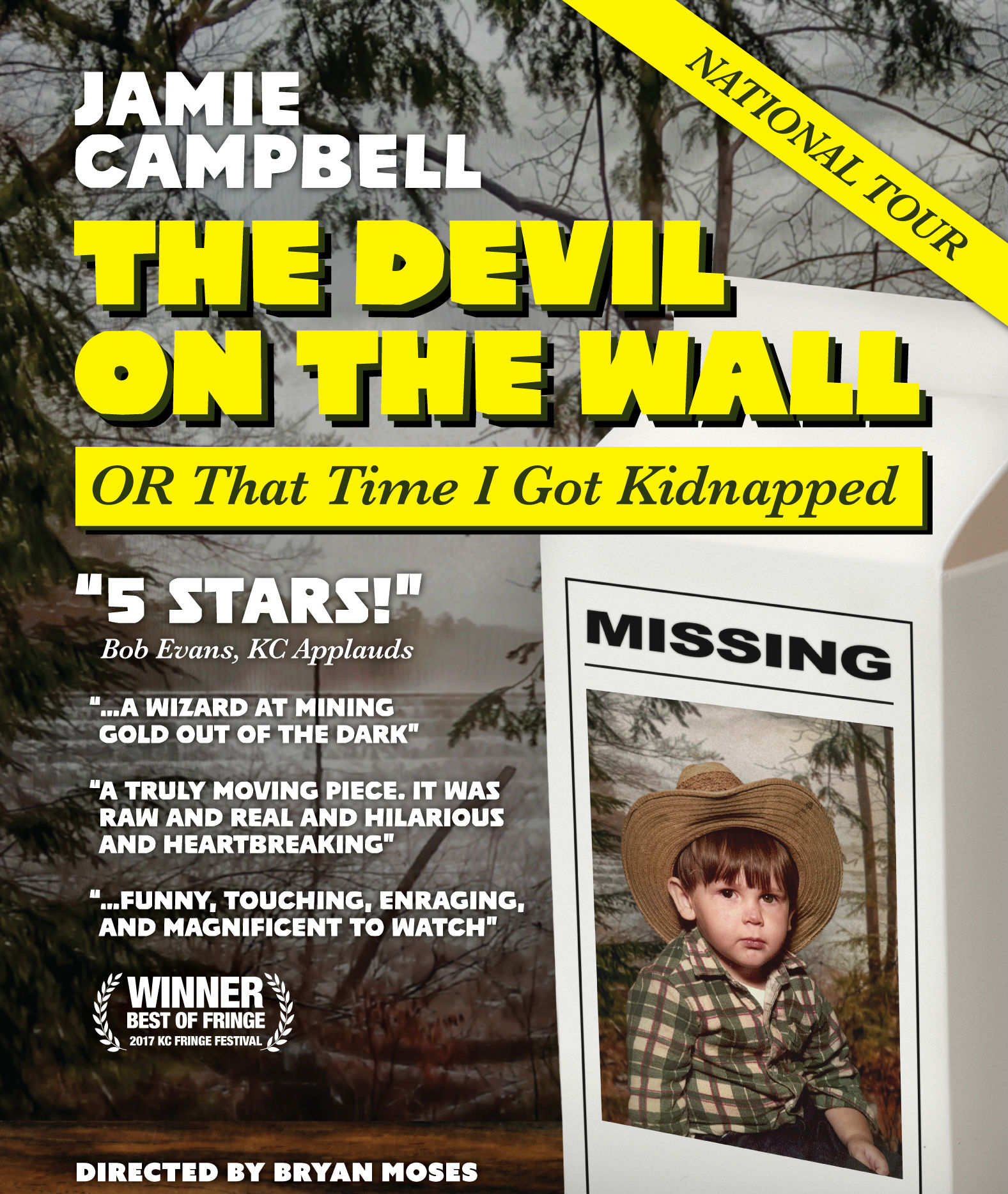 On his National Tour of The Devil on the Wall OR That Time I Got Kidnapped, comedianÂ Jamie Campbell relives the time he was kidnapped as a child in this solo performance that is part comedy, part storytelling, and 100% true. Travel back to 1991 as Jamie returns to what he calls “the greatest adventure of my life.” Harrowing at points, and astounding in others, the veteran comedian deftly walks the line between comedy and tragedy, exposing his own faults, and refusing the play the victim card. The production was the surprise hit of the KC Fringe Festival where it was the only solo show named “Best of Fest.” Out of the 92 participating productions, none received better reviews.

“…a wizard at mining gold out of the dark.” – Nan Turner