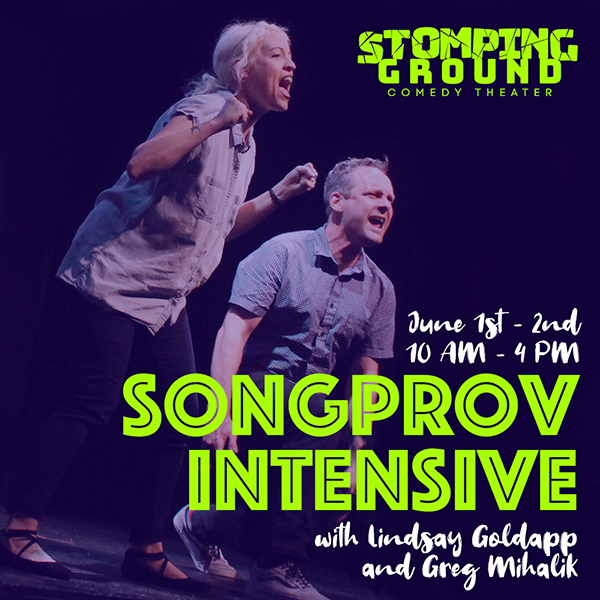 Spend the weekend at Stomping Ground learning how to create sweet, sweet scenes and songs on stage.  In this intensive course, you’ll learn the fundamentals of song structure, how to create fun and catchy choruses that will get the audience singing along with you and verses with a point of view that really mean something!  […] 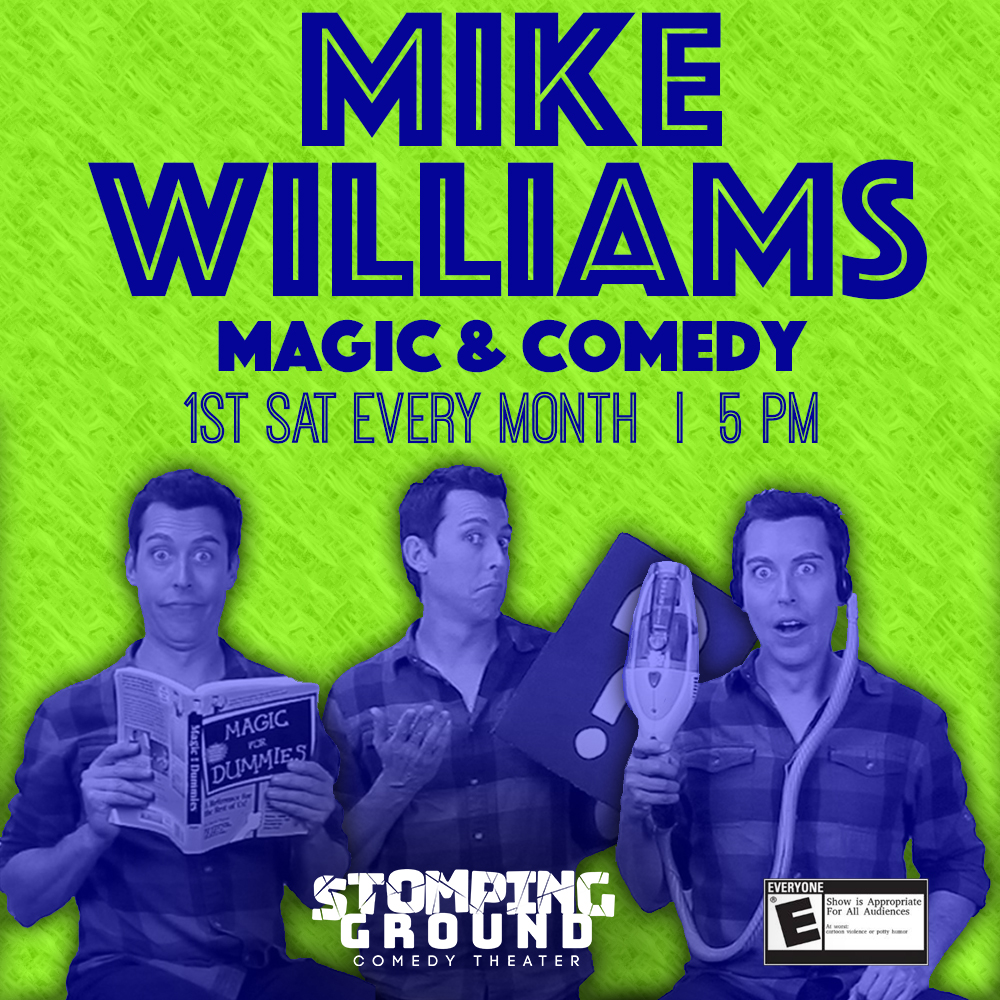 Mike Williams presents an hour of magic and comedy for audiences of all ages. Two time "Magician of the Year" and Dallas Observer's 2018 Best Magician Mike Williams has performed magic for over 20 years and has thrilled audiences all over the world- Hollywood to New York, India to Australia, and television and commercials. He blends state-of-the-art magic, quirky comedy, and audience interaction for a one-of-a-kind live performance. 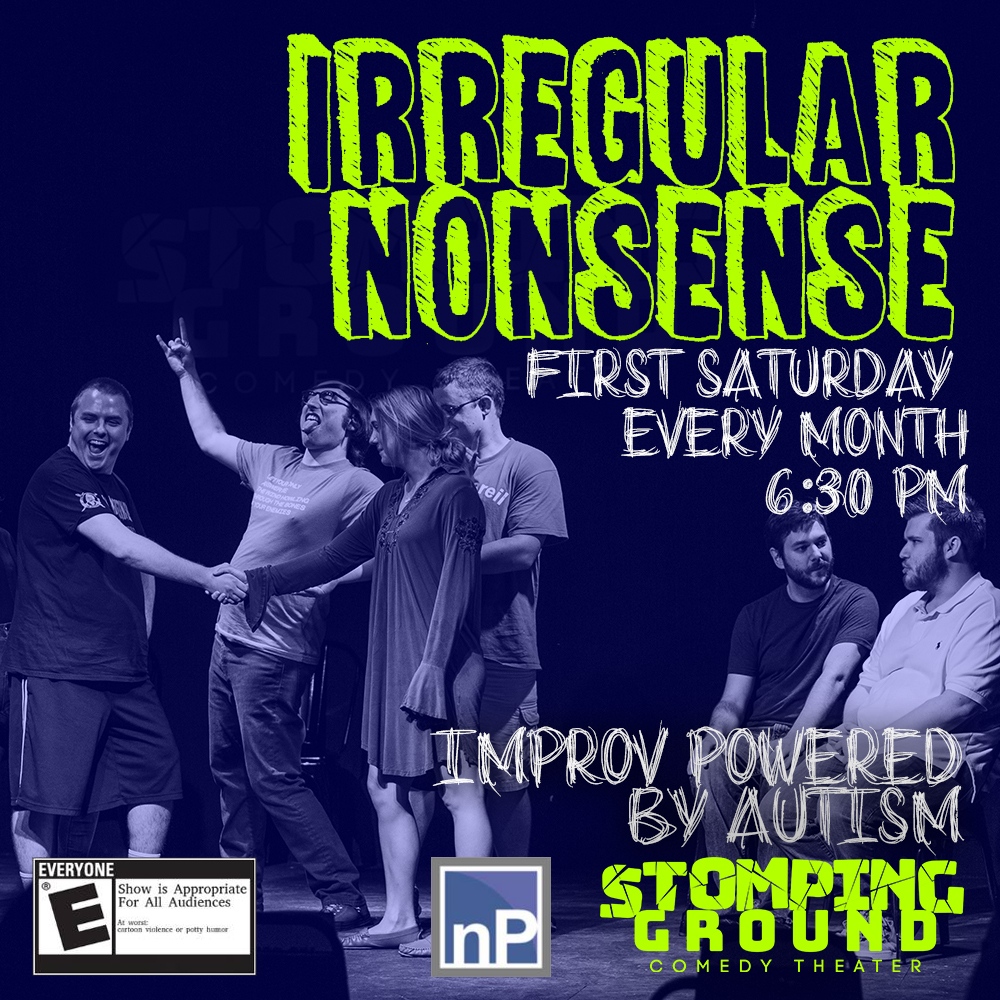 Stomping Ground is proud to present Irregular Nonsense, an improv team born out of nonPareil Institute and our Improv for Life Program. The clever, out of the box stylings of Trenton Lundgren, Trevor Poynor, Jake Raybon, Kevin Sharp, Isaac Pinkus, Rivka Notelovitz, and Bryan Kersey will leave you laughing and inspired. This show is interactive for those who wish to participate and sensory friendly.

This show is rated E for Everyone but parental discretion is advised. Seating beings 15 minutes prior to the start of the show. 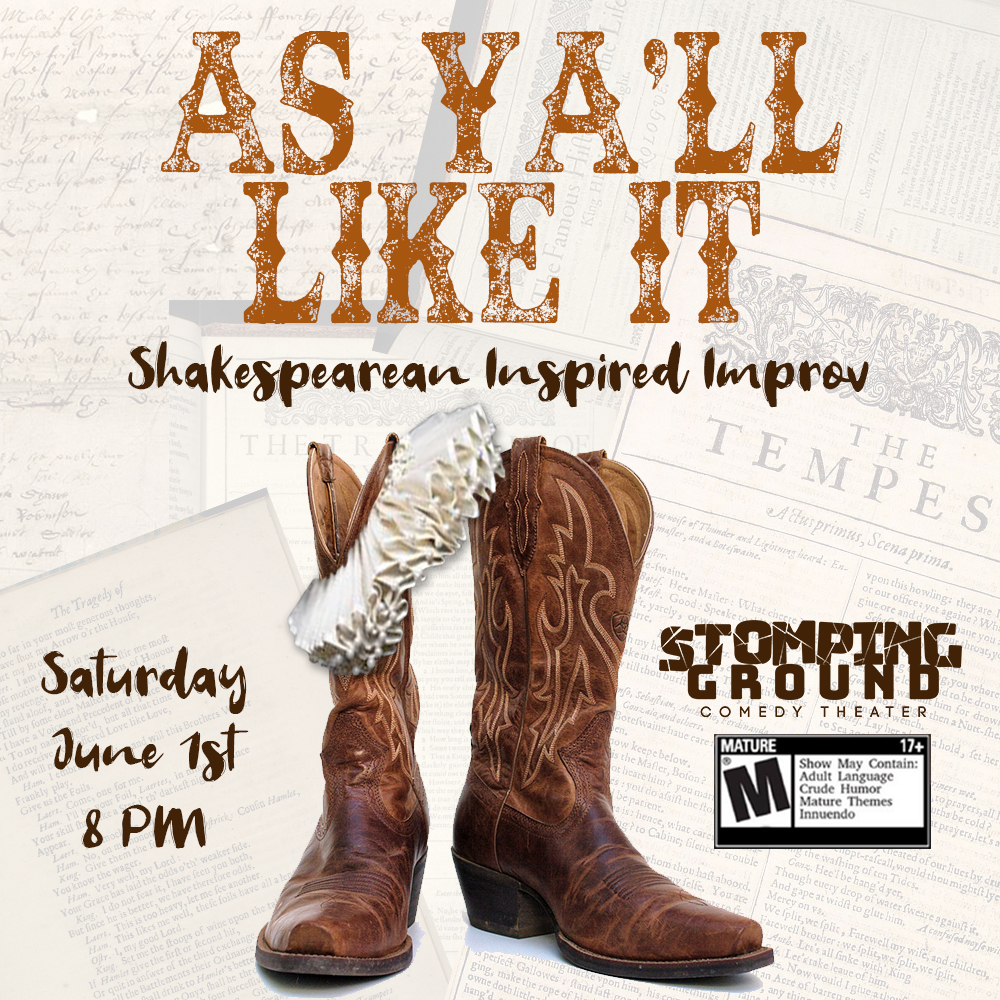 For one night each month, Stomping Ground’s esteemed players will delight audiences with Elizabethan romance, rivalry, tragedy, and more in As Y’all Like It: Shakespearean Inspired Improv. Based on audience suggestions, the the Bard’s style is brought to life complete with improvised couplets, soliloquies, murders, and more.

This show is rated T for all groundlings Teen and above. Stomping Ground is BYOB. Seating begins 15 minutes prior to the start of the show. 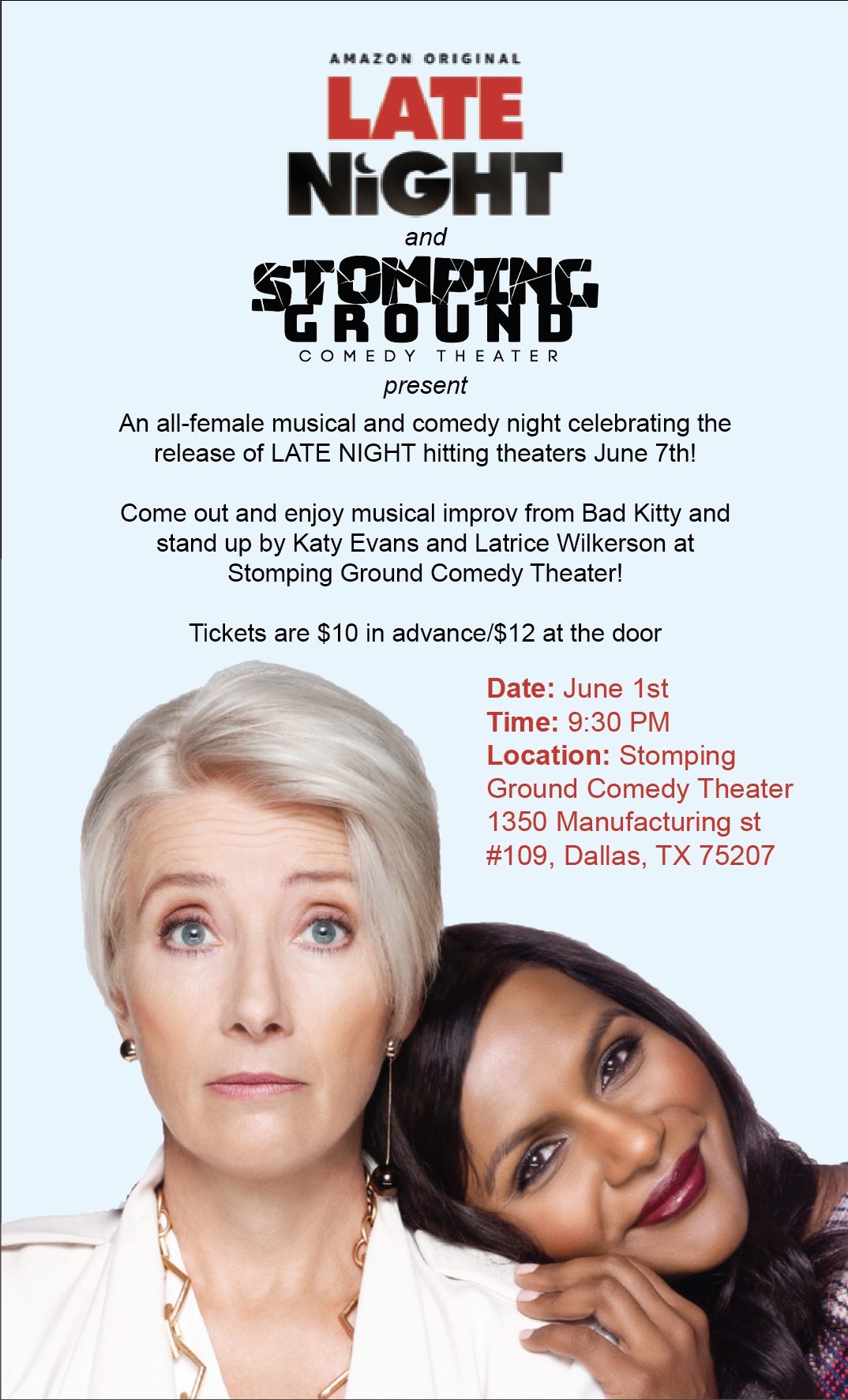 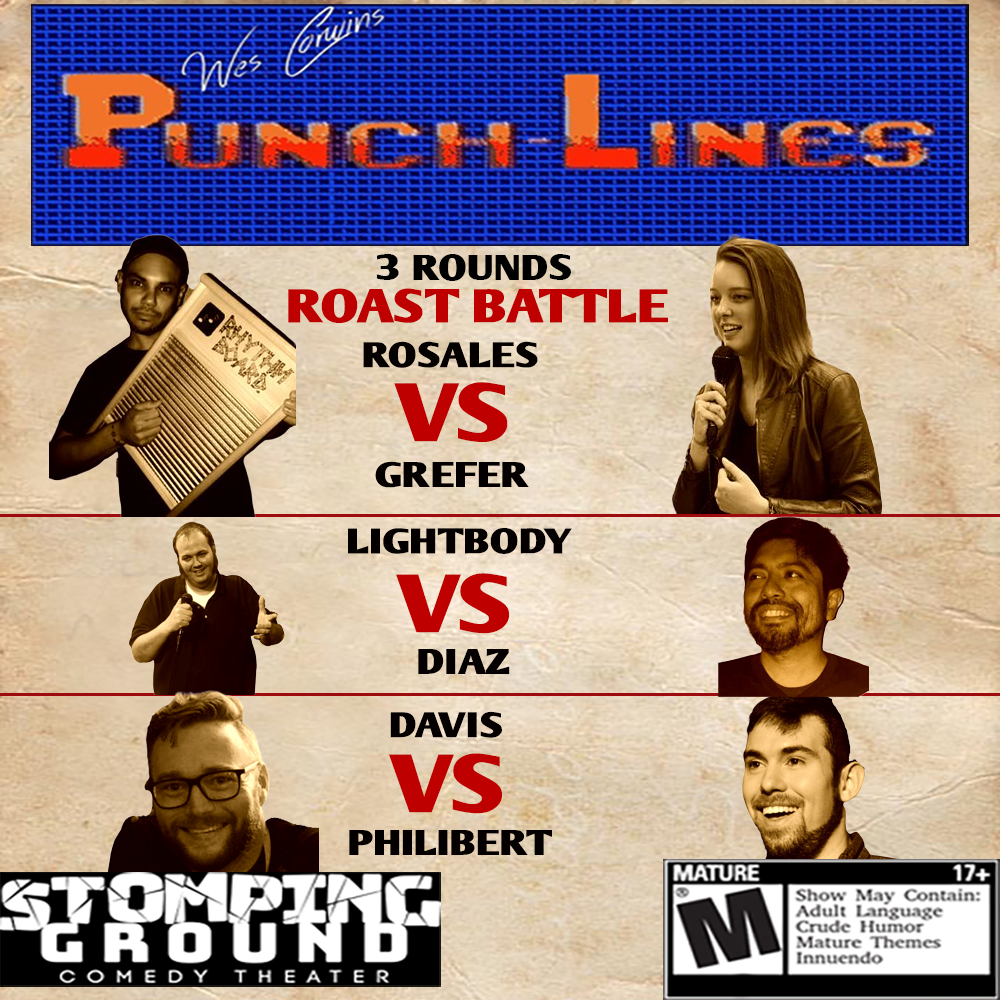 Roast Battle- the thinking man's UFC. Three matches a night. In each match, Two titans of comedy in the Dallas-Fort Worth metroplex will take turns roasting each other into cinders. Only one will walk away the winner. The other will be roasted into cinders… (metaphorically).Complete with pre-battle video packages, a judges' table and a ringbell, Punch-Lines takes all the fun of a live event like pro wrestling or ultimate fighting and it turns it into a hilariously harsh comedy war!

The rules of Punch-Lines are simple. We start with a coinflip. The person whose name comes first alphabetically gets to call it. The winner of the coin toss gets to decide whether to first “Roast” or “Be roasted”. Each match-up consists of three rounds. The comic who wins two out of the three rounds gets bragging rights in perpetuity forever.

The June 1 bout will feature lawfully wedded duo David J Diaz and Jacob Lightbody battling it out, Lawrence Rosales and Emily Grefer going head to head, and Wes Davis and Shayne Philibert rounding out the evening.

This show is rated M for Mature/18+. Stomping Ground is BYOB. Doors open 15 minutes prior to the start of the show.